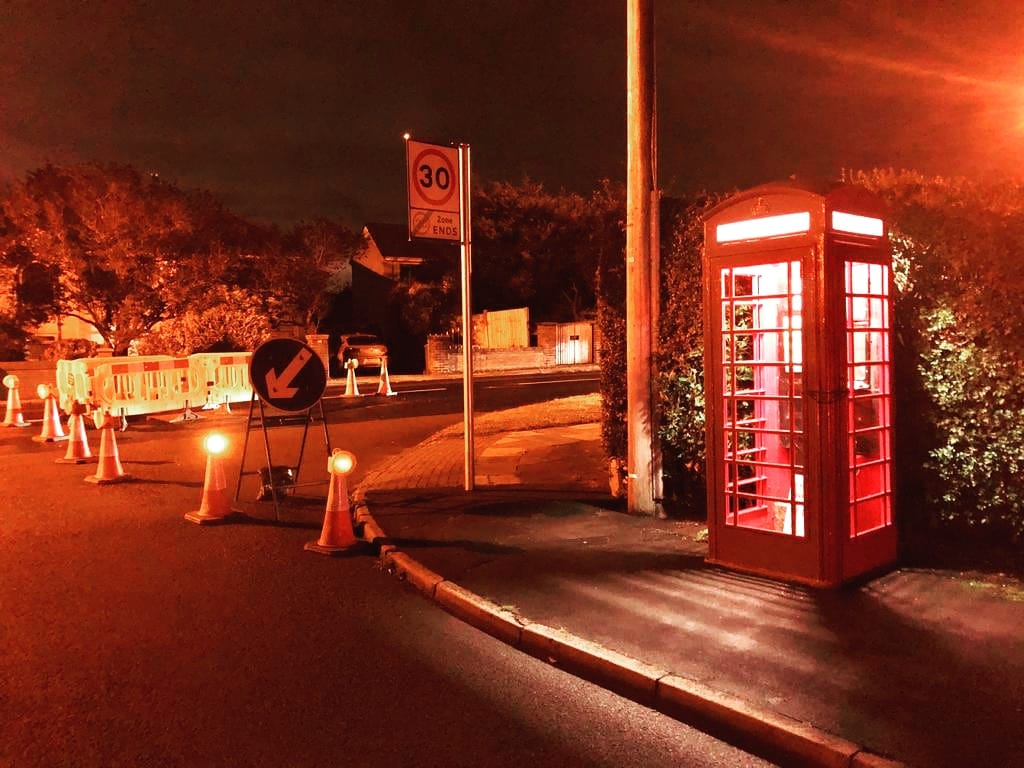 The Iconic British Telephone Box was the result of a competition held in 1924 to design a box suitable for London. Giles Gilbert Scott won that competition with his K2 design. Some two years later that same design was being rolled out throughout London. The iconic red colour (Currant Red) synonymous with all Phone kiosks and letter boxes was the then GPOs idea. Due to the costs incurred in the manufacture, not many made it out of the London Capital. Hence Irby Hillview1211 is a K6 design introduced in 1935 to commemorate the Silver Jubilee of King George V. It is a slightly smaller version of the K2 and the most widely recognised box in the UK. In total in excess of 240,000 were originally installed.
Roll forward to 2016 when payphone operator British Telecom contacted Wirral Council and asked for views and comments with the proposal to remove a number of payphones across Wirral. There were objections raised against the removals in Eastham, Bromborough and Bebington but none were seemingly raised against Hillview1211’s removal.
Ken Burnley a local historian and author had been watching proceedings and decided that somehow something had to be done to save the box, It was and still is something of a local landmark, so making use of the BT “adopt a kiosk scheme” the box was saved.
A few months passed but unknown to Ken someone else in the community with a phonebox interest had spotted the plight of the box and made contact with Ken, Andy Barrett already a key supporter of the famous OMD box in Meols, was instrumental with Ken in setting up Facebook, Instagram and Twitter accounts for the Box, also a fundraising page at Justgiving.com.
To date our donations have raised £400 plus and together with a boost from “Wirral together” fund we have collectively managed to get Hillview1211 stripped, primed, painted, the electrics have now been made safe and operational and there is a white light that illuminates the iconic “TELEPHONE” signage on a timer.
After taking the somewhat aged and damaged plastic window panes out, we have decided that we should really replace with the glass panels as were original at the time. At the moment the box has no glazing and with winter fast approaching we are anxious to get this sorted as soon as possible to weatherise the contents. The cost for a new set of panels is £900.00, at the moment the box has £400.00 left after the buying of paint, timers, electrics etc, so donations would be very well received no matter how small.